The District is grateful to stand and work together with the T’Sou-ke First Nation as stewards of the land we share. The flying of the flag is a symbol of our ongoing commitment to reconciliation.

At the September 29th flag-raising ceremony Chief Planes shared, “(the flag) displays to our communities that we are making strides in the right direction and that we are committed to protecting our lands together”.

The T’Sou-ke Nation flag flies alongside the Canadian, Province of British Columbia, and District of Sooke flags, respectively.

“The flying of the flag is a symbol of the District’s commitment to a reconciliation process guided by the knowledge and experience of the Te’Mexw Treaty Association, and the T’Sou-ke First Nation,” said Maja Tait, mayor, District of Sooke. “It is an honour to work with Chief Planes, the T’Sou-ke First Nation Council and members of both of our communities in caring for eachother and our physical environment for generations to come. We are stronger together,” Tait added.

Located in the lands of the T’Sou-ke First Nation and in Te’Mexw Treaty territory, the new permanent installation of flags at Municipal Hall is a symbol for residents, elected officials, and the public service of our mutual respect and understanding in establishing and maintaining relationships and partnerships as we move forward on our Journey of Reconciliation. 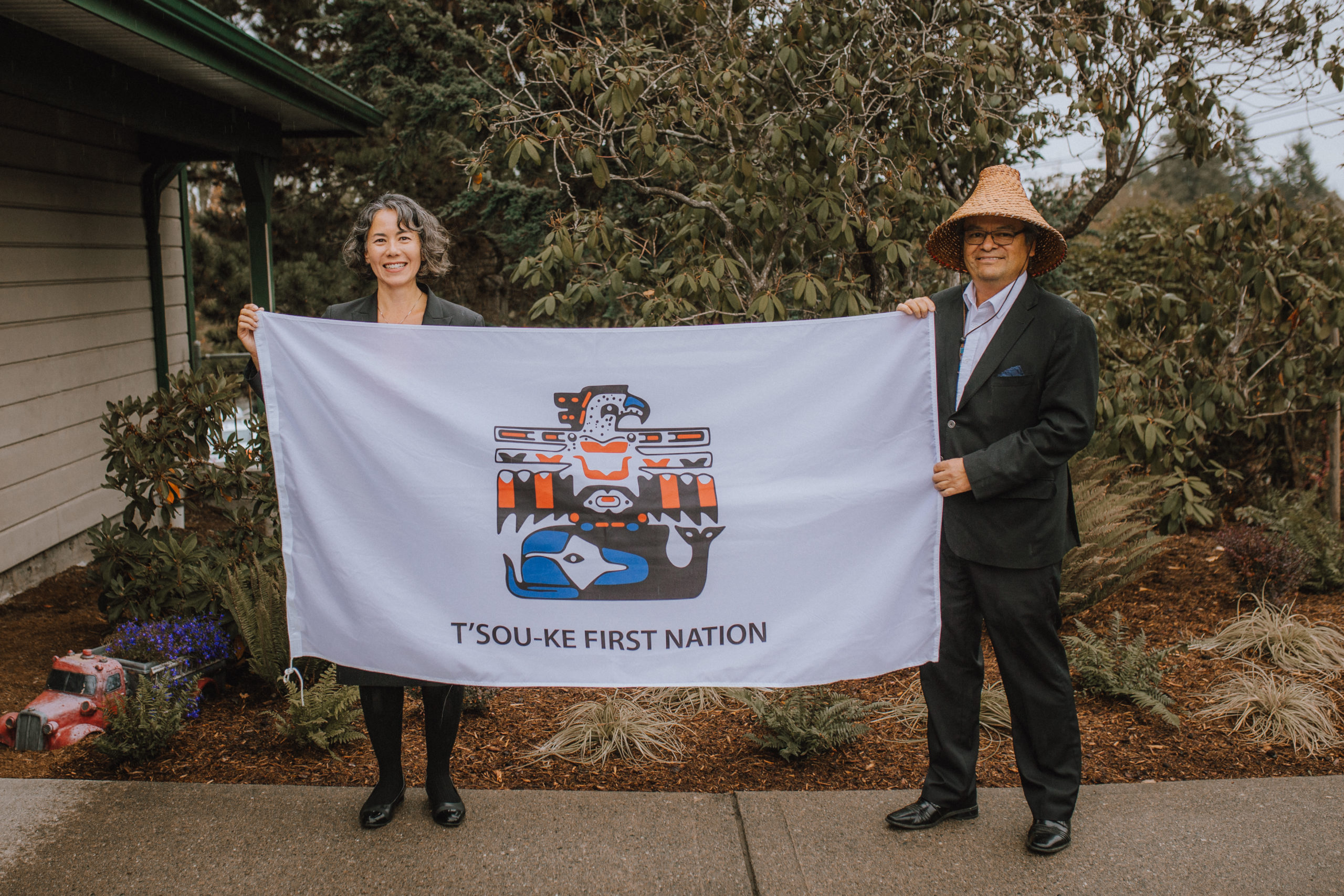 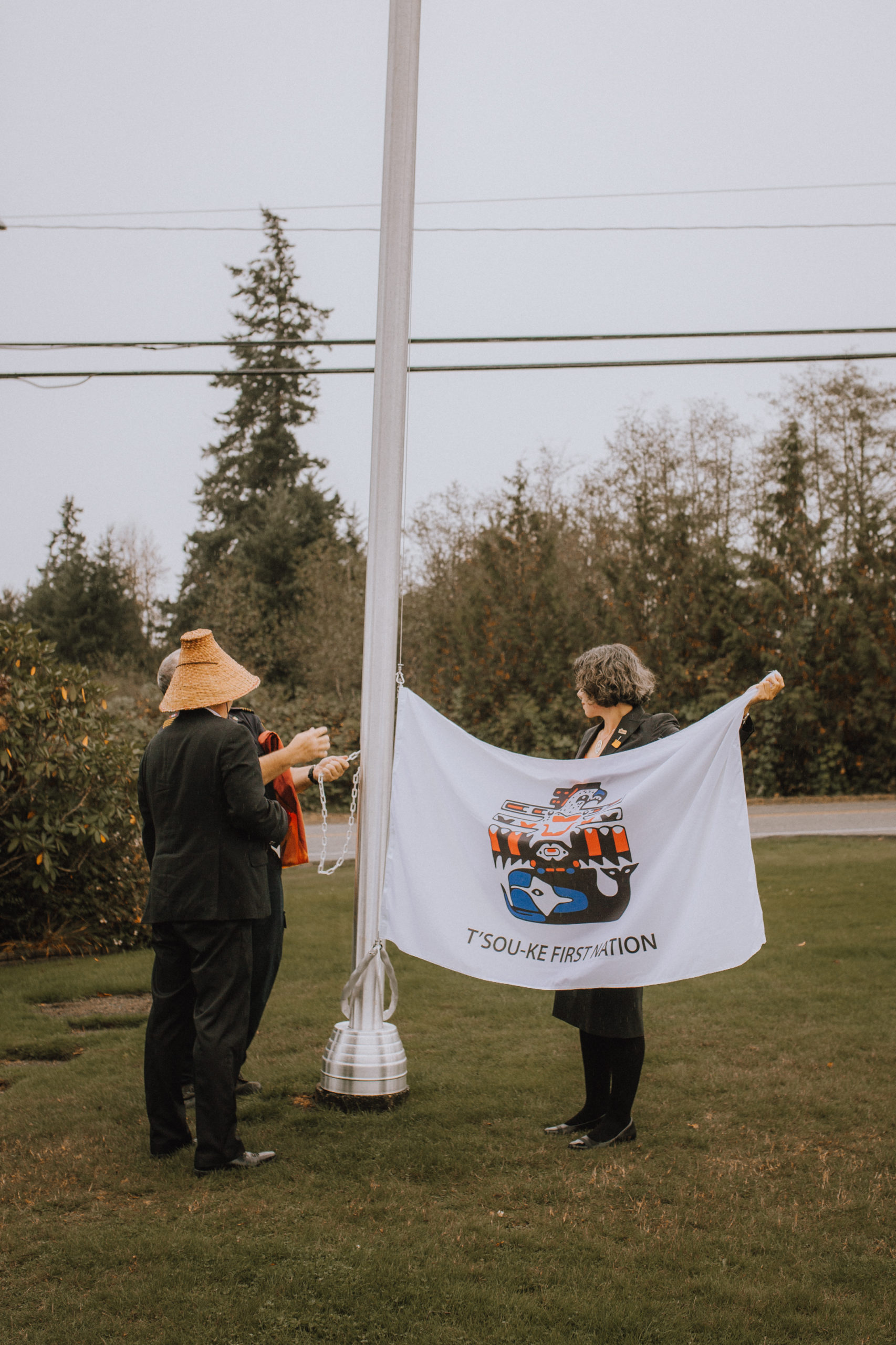 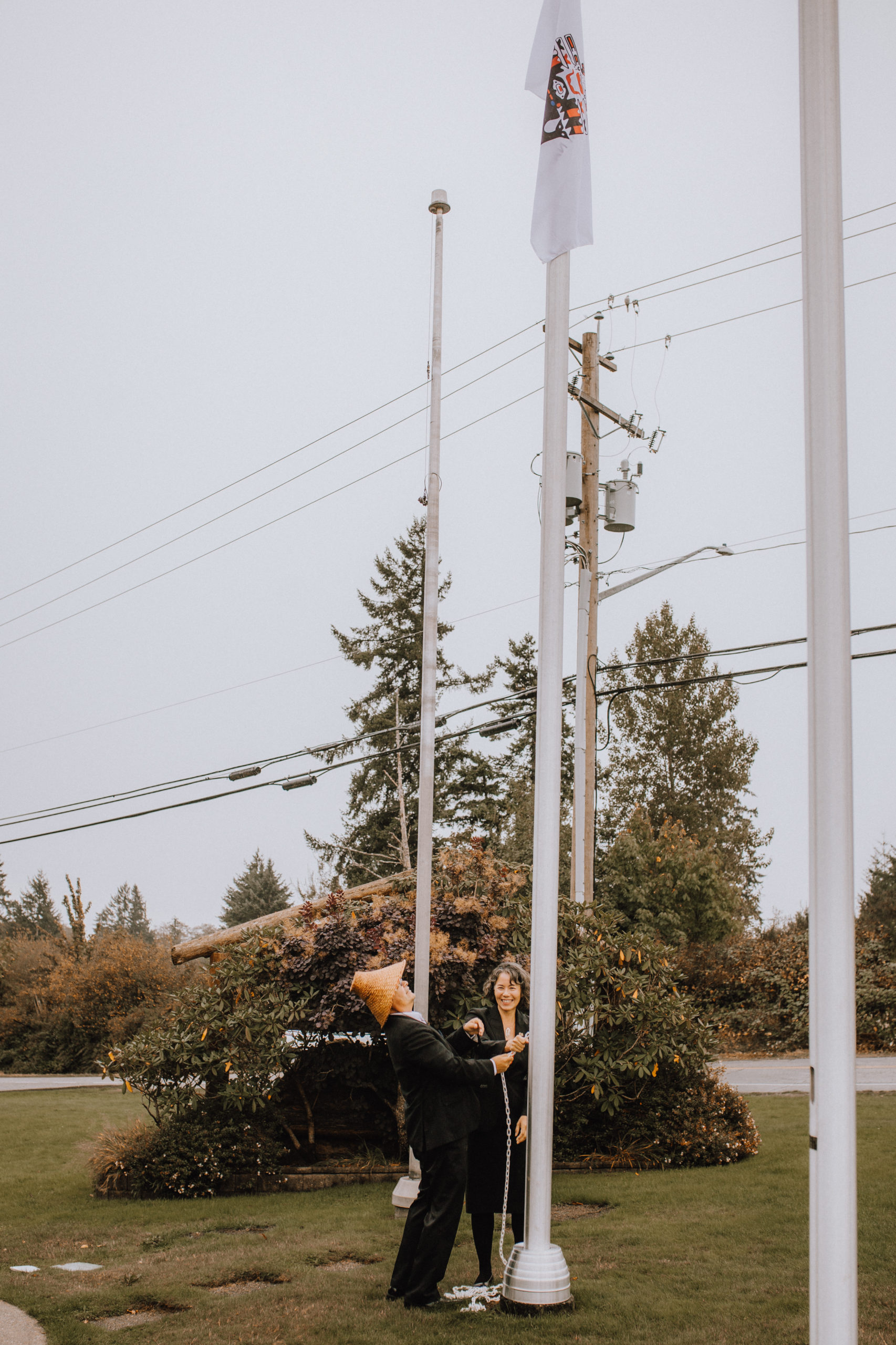