Where the rainforest meets the sea, Sooke’s natural surroundings define its character. The Sooke Basin, Sooke Harbour and Sooke River are the defining geographic features, as are the Sooke Hills and surrounding mountainous areas, which provide important natural habitats and opportunities for recreation, trails and economic development. While navigating this balance it is critical residents and visitors are aware of local wildlife for the safety of all. Caution Nature is your resource toolbox on:

DID YOU KNOW: The District works with WildWise Sooke to provide educational programs about feeding and preventing wildlife encounters on residential property? Learn more about Wildwise Sooke by visiting their website or following them on Facebook. 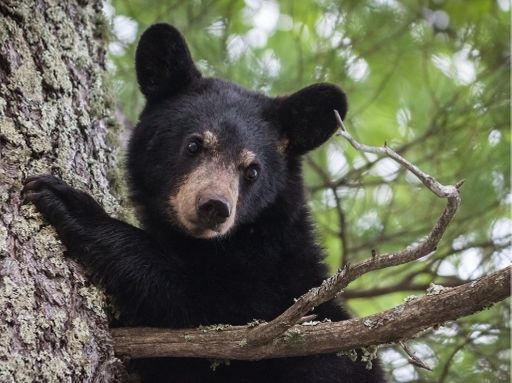 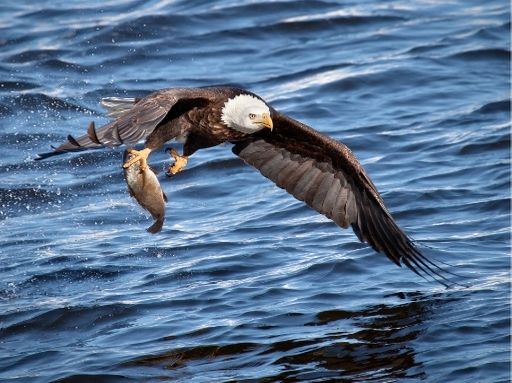 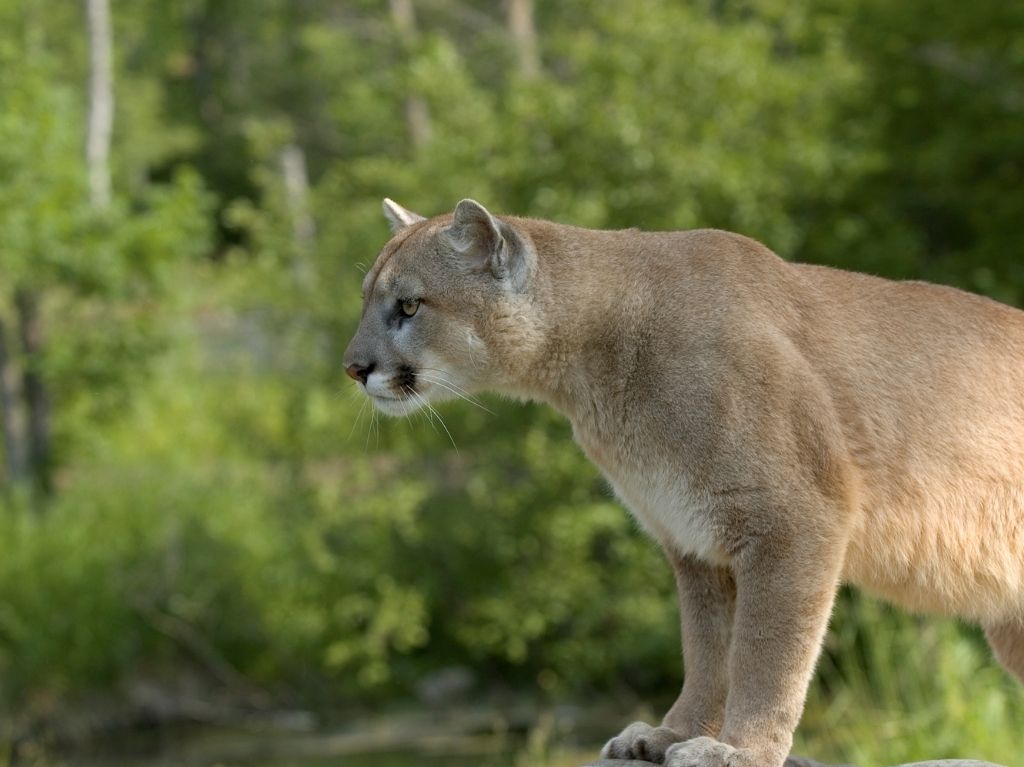 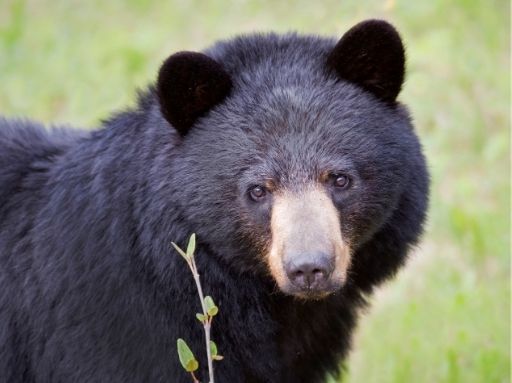 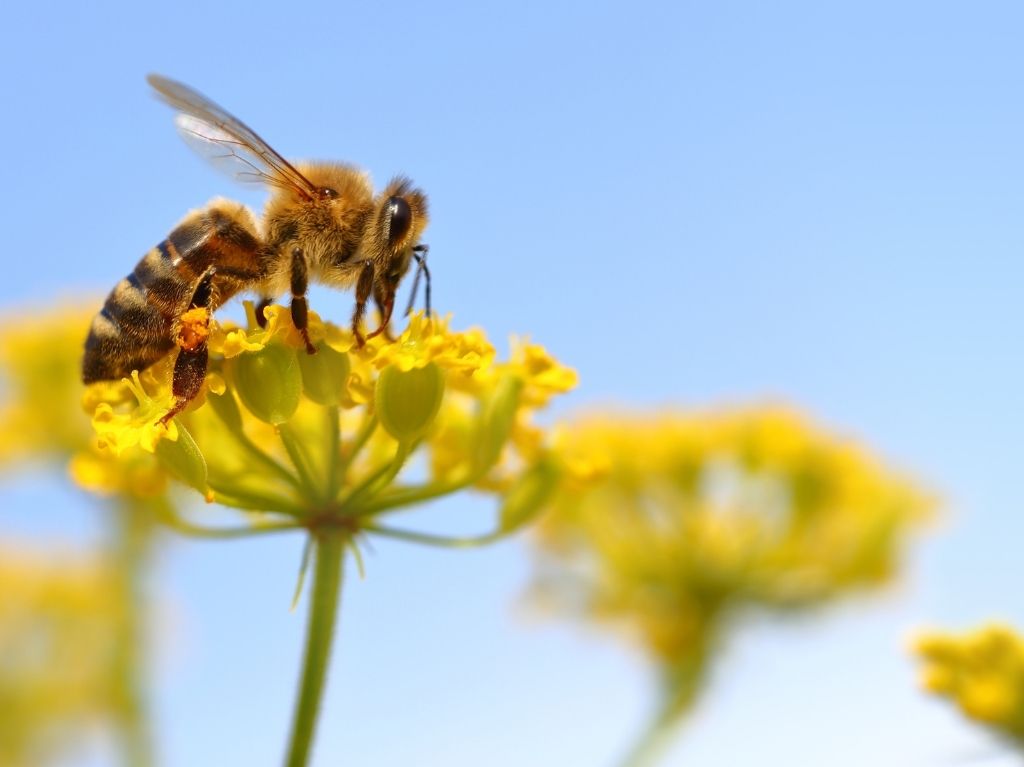 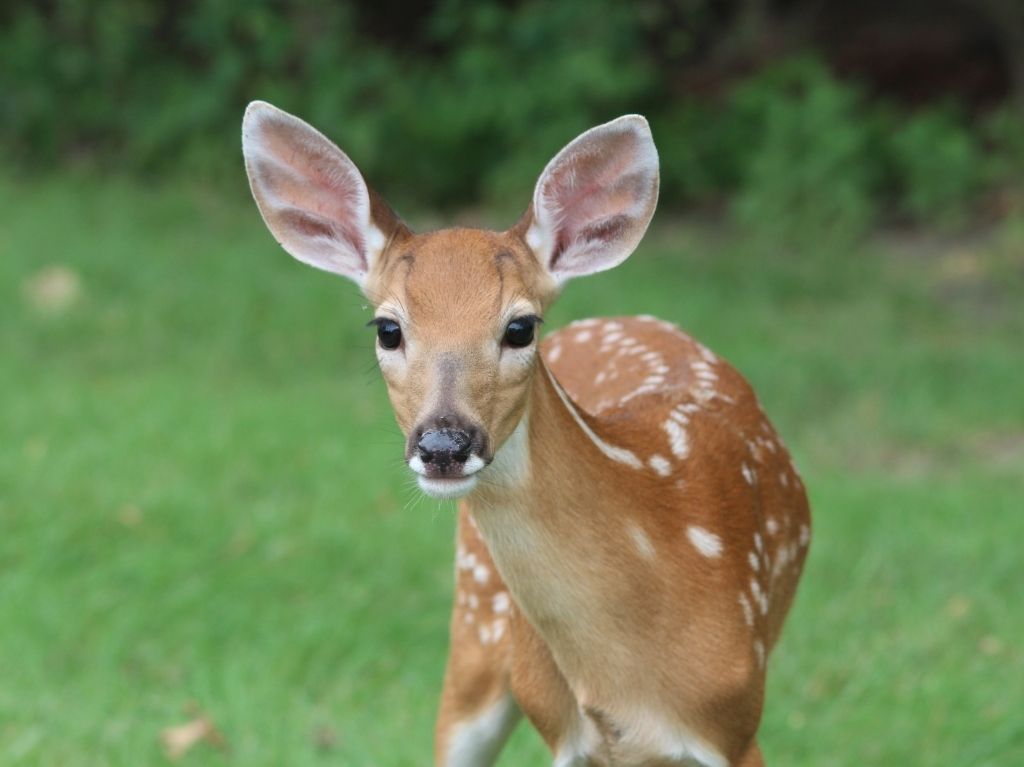 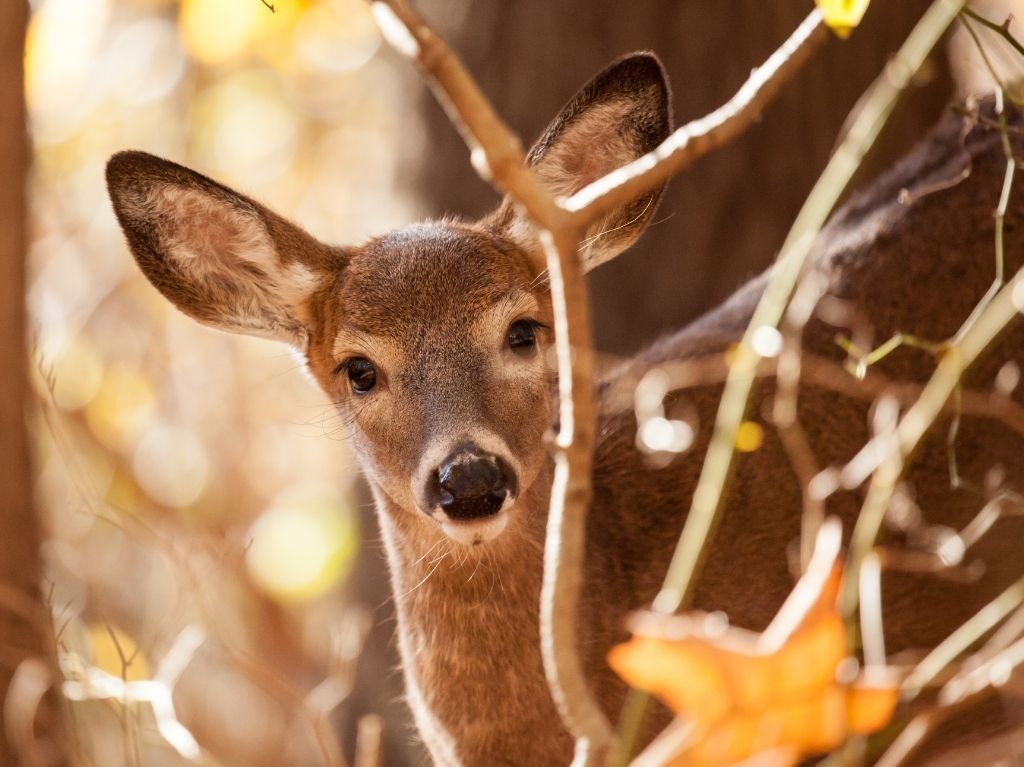 What to know about certain animals:

If you see a bear:

How you can help:

Eliminate access to human food
“People teach bears bad habits. If bears are allowed to access human food and garbage, they quickly learn to associate it with people and become what is called food-conditioned. These bears also become habituated to people as they lose their fear of humans.

Habituated and food-conditioned bears learn to expect human food and are more likely to approach people, increasing risks to public safety, and are more difficult to drive away than wild bears” (Bear Smart Community Program).

In 2008, the BC Conservation Officer Service received approximately 240 bear complaints from residents in the District of Sooke. Five bears had to be destroyed as a result of bear/human conflict. This level of interaction establishes Sooke as being a community with one of the highest levels of human/bear conflicts in the province.

As of September 2020, the B.C. Conservation Service has investigated 60 bear complaints in Sooke since April 1, with two animals euthanized. This from the previous year when conservation officers received 202 complaints.

For more information about being BEAR AWARE check out wildsafebc.com. 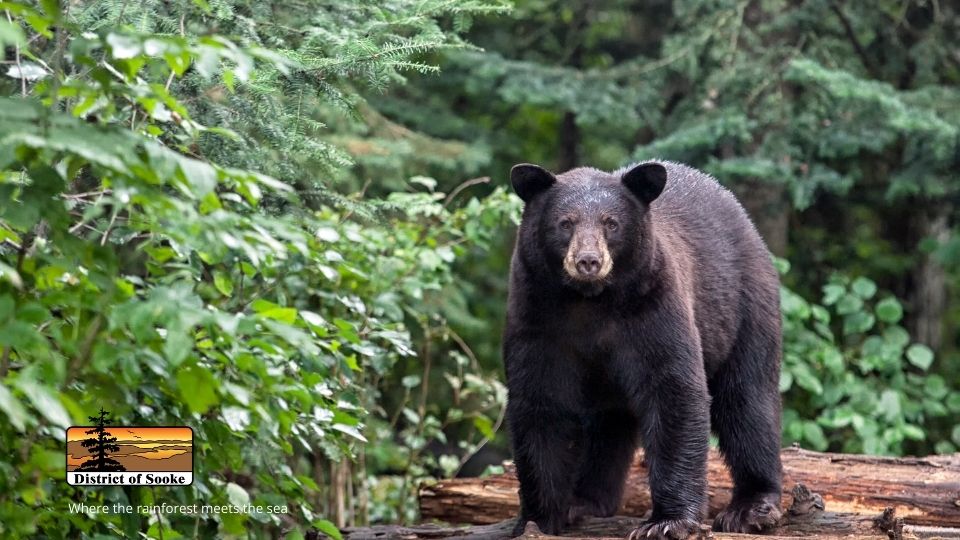 Many cities and towns, like Sooke, have many natural areas that support black-tailed deer. Urban deer populations benefit from abundant food and shelter. They have lesser natural predators and bylaws prohibit hunting them within city limits. As a result, urban deer populations have tremendous growth potential.

Deer sometimes damage gardens, shrubs, fruit trees and other public or private property. They can be a threat to human health and safety when they wander onto roadways and collide with vehicles. They can also carry deer ticks, which may transmit Lyme disease to humans.

The challenge is to find an acceptable balance between the number of deer in the District and the associated risk to people and their property.

How you can help:

Do Not Feed the Deer
It is extremely important that people do not feed deer. Deer can find natural food sources and survive well on their own. In fact, handouts from humans may do the deer more harm than good:

The BC Conservation Officer Service (http://www.env.gov.bc.ca/cos/) has authority under British Columbia Wildlife Act to order people to stop feeding deer if it creates a risk of property damage or a risk to health and safety for wildlife or people.

To find out more about what you can do to minimize or reduce the damage caused by deer to your property, please visit the Ministry of Environment’s website. 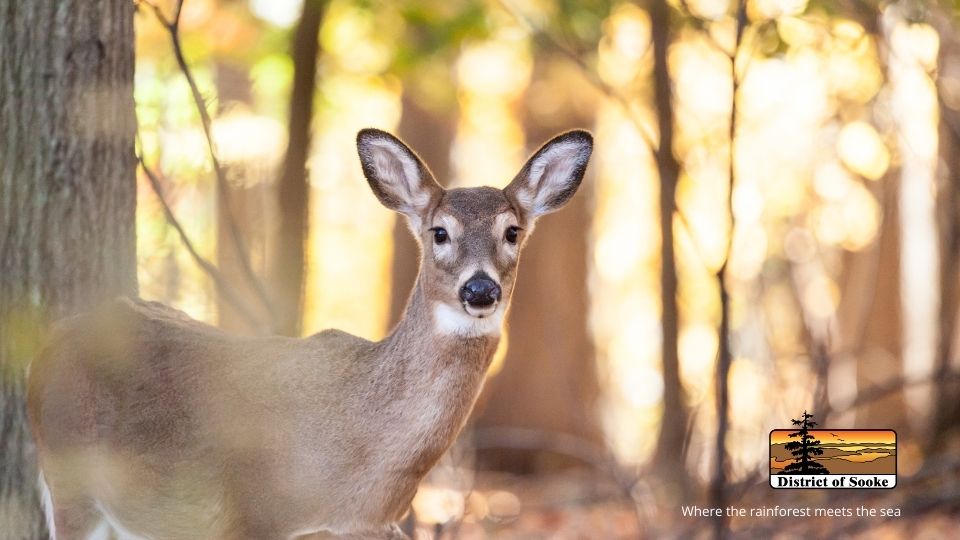 “Of the estimated 4000 cougars in Canada, 3500 live in BC. Of this, nearly a quarter reside on Vancouver Island (itself only representing 3% of BC’s land area), resulting in the highest concentration of cougars in the world. Living mainly in the forested mountain habitats of the Island, the continual expansion of humans into their territory forces these shy creatures to interact with humans. Cougar attacks, though rare, have helped these animals to become feared and misunderstood” (Vancouver Island Wilderness and Historial Conservation).

If you see a cougar:

Why are cougars important to Vancouver Island:

As a top predator, similar to the wolves, the cougar is an important control for lower trophic levels, starting with the deer. As well, given that Vancouver Island is such a stronghold for this species in BC, the protection of the population on the island could serve as an important founding colony if local extirpations occur in other areas of Canada or the Northwest. 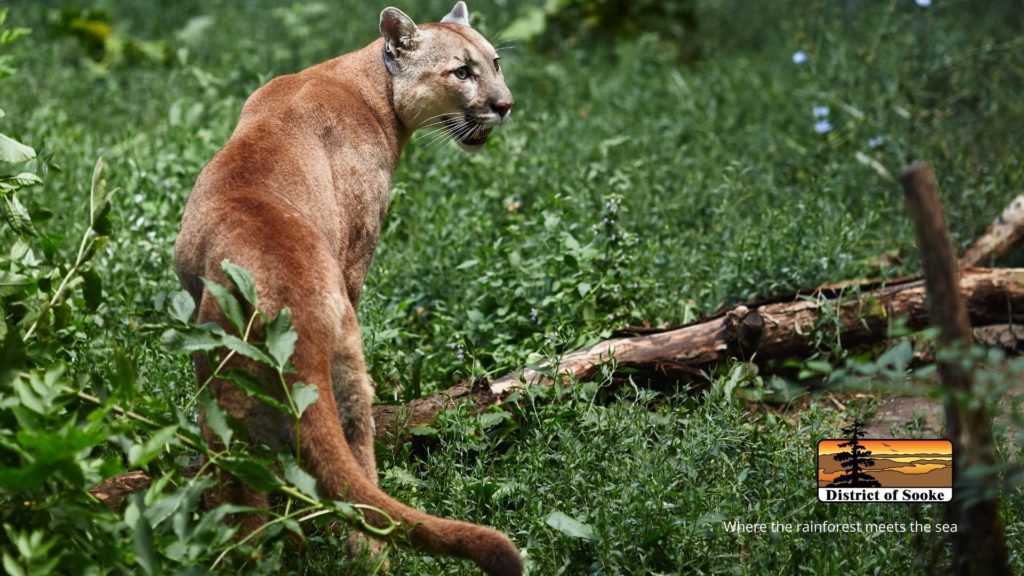 If you see a honeybee swarm:

The Swarm Committee member will do their best to find someone who will attempt to remove the bees for you, for free. Note: that they will only remove honeybees and only if it can be safely done. You may still need to call an exterminator if the bees turn out to be wasps or some other bee-like creatures.

What else do I need to know about honeybee swarms:

Are you sure it is a swarm? A swarm will move as a big cloud of thousands of bees, buzzing very noisily. They will settle on something (usually a tree, but it could be anything, even open ground). When they do, they will form a solid mass of bees about the size of a football and sometimes much larger.

What is a swarm? A swarm is a group of settler bees, heading out to find a new home. They are a natural part of how bees have survived for millions of years. There will be a queen at the centre and thousands of female workers around her. In addition, hundreds of other bees will be acting as scouts. They fly out to find a suitable cavity to build the new hive in and report back.

Is a swarm dangerous? Can I get stung? Not usually, but yes possibly. A swarm is much more interested in finding a new home than in stinging you. And normally the bees are gorged on honey and quite calm. But they get testy if they have been out in the open for a few days. So it’s better not to get too close.

Learn more about swarming from the Ministry of Agriculture. 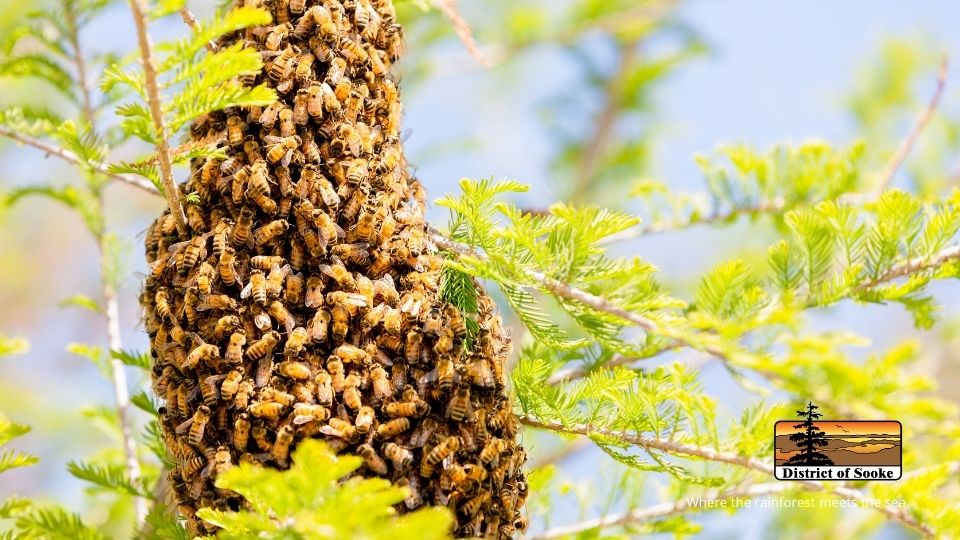 Invasive species are plants and animals not native to British Columbia and the Sooke region. Although their spread can have beneficial aspects, invasive species adversely affect the invaded habitats, causing ecological, environmental, and/or economic damage. They can spread rapidly, outcompete native species, and dominate natural and managed areas.

Poison hemlock is a priority invasive species of concern with serious human and animal health risks from ingestion or skin contact.

Why is poison hemlock a problem?

What should you do if you spot a poison hemlock plant? 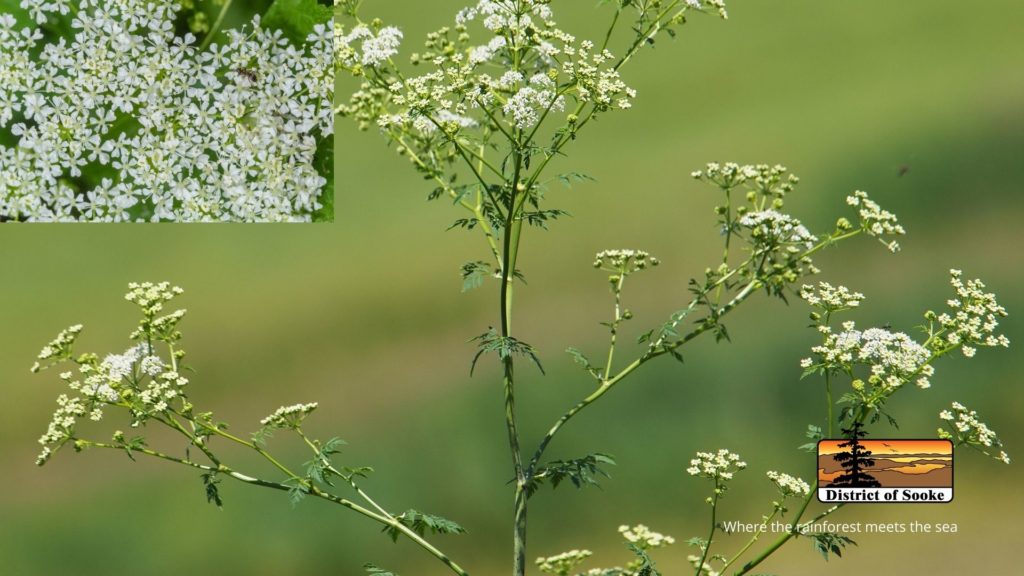 Giant hogweed is a priority invasive of concern with serious human health risks.

Why is giant hogweed a problem? 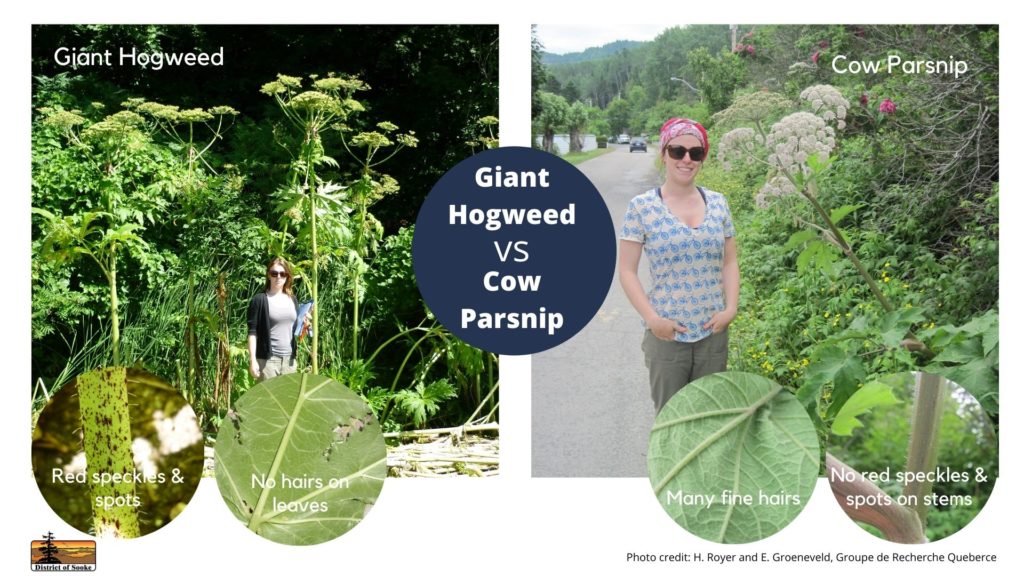 What should you do if you spot a giant hogweed plant?

Please report any sightings of this invasive species to the contacts listed below. 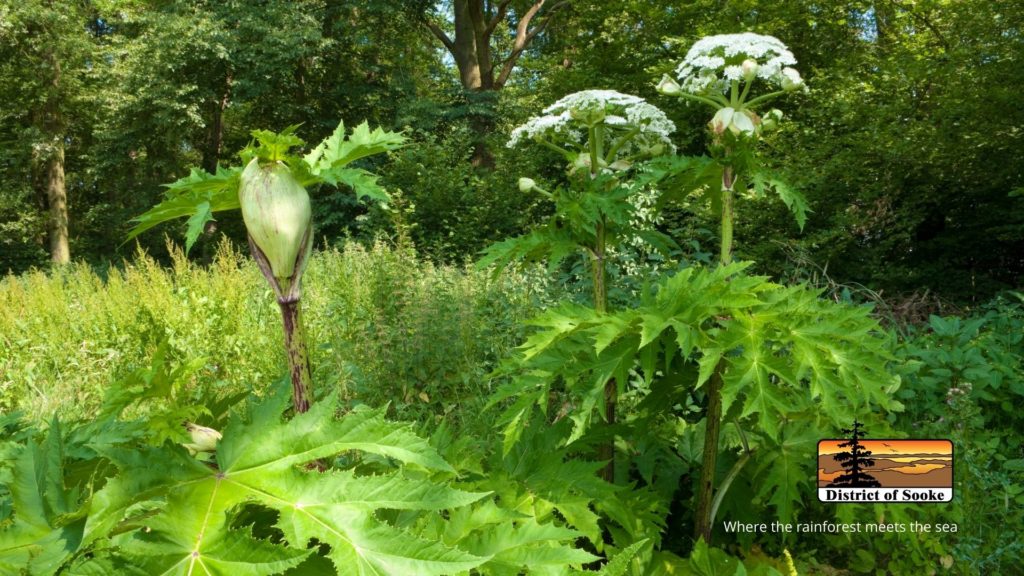 Learn more about these species of significance:

The District of Sooke is home to the streambank lupine, which is listed as endangered by the Committee on the Status of Endangered Wildlife in Canada (COSEWIC). It is found along the banks of the Sooke River and within the Sooke Potholes Provincial Park.

View the Proposed Recovery Strategy for the Streambank Lupine (Lupinus rivularis) in Canada. 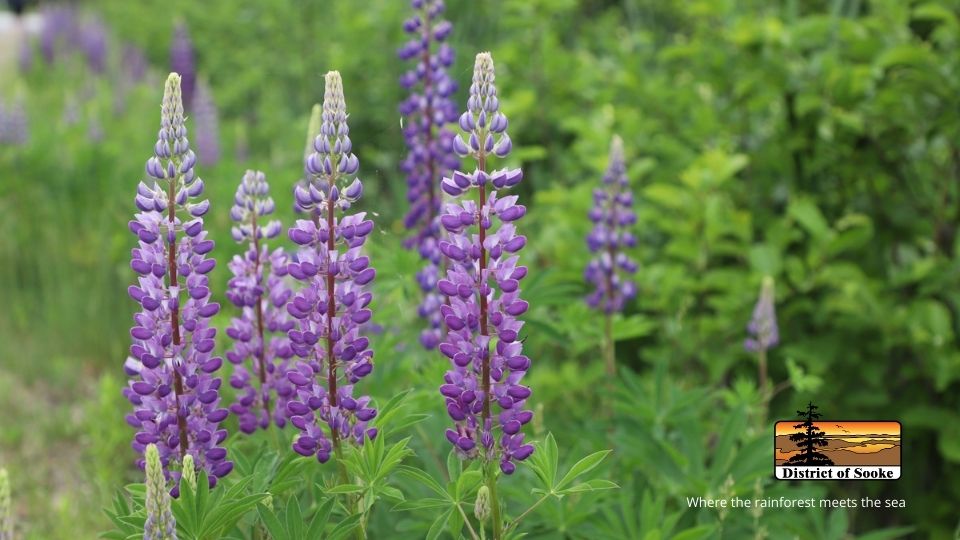 The District of Sooke is home to the Blue-grey taildropper slug, which is listed as endangered by the Committee on the Status of Endangered Wildlife in Canada (COSEWIC). It is found along the banks of the Sooke River and is known to occur adjacent to the Galloping Goose Regional Trail along Sooke River Road. The critical habitat (older forests with a deciduous component) of this species is threatened by habitat loss from recreational use and habitat loss from urban development. 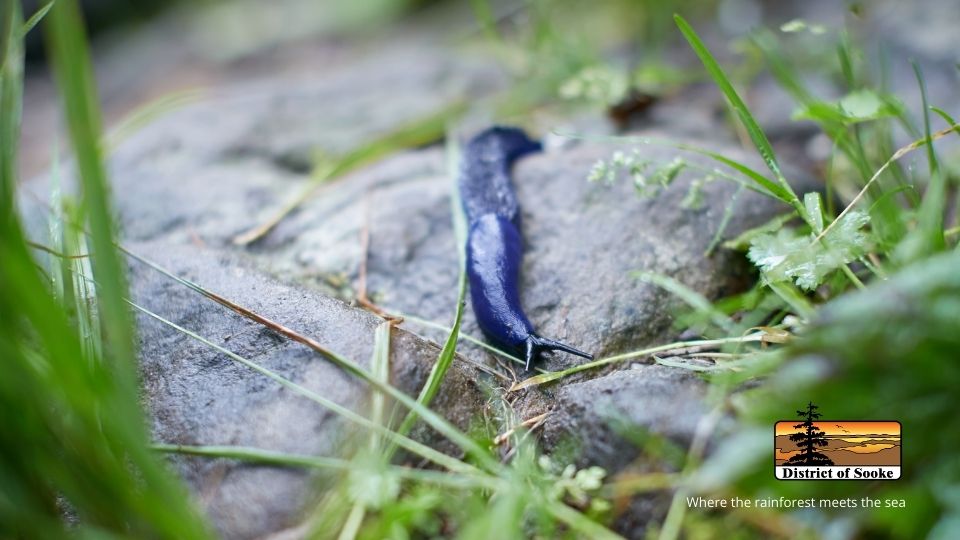 The entire District is considered habitat to the ermine (Auguinae subspecies). The ermine is blue-listed 1 by the BC Conservation Data Centre (BC CDC) and appears to prefer low elevation sites near the ocean, rivers, creeks and estuaries. They can be seen occasionally on Whiffin Spit.

Learn more about the ermine and the Government of Canada’s ermine recovery strategy. 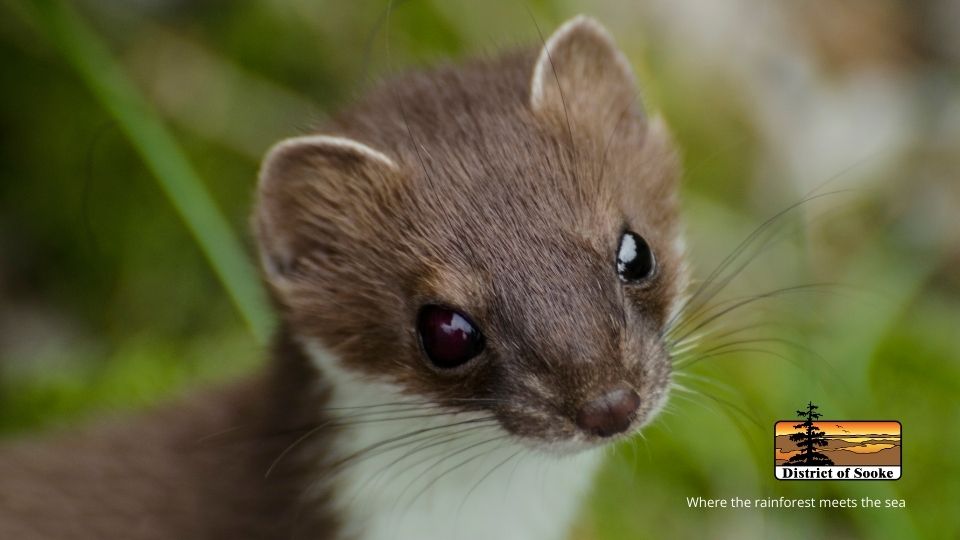 The entire District is a potential habitat to the Keen’s myotis (a bat). The Keen’s myotis is red-listed by the BC CDC and is believed to nest in tree cavities, rock crevices and small caves, and hunt along forest edges and openings as well as over ponds.

Learn more about the Keen’s myotis in this British Columbia’s Wildlife at Risk information sheet. 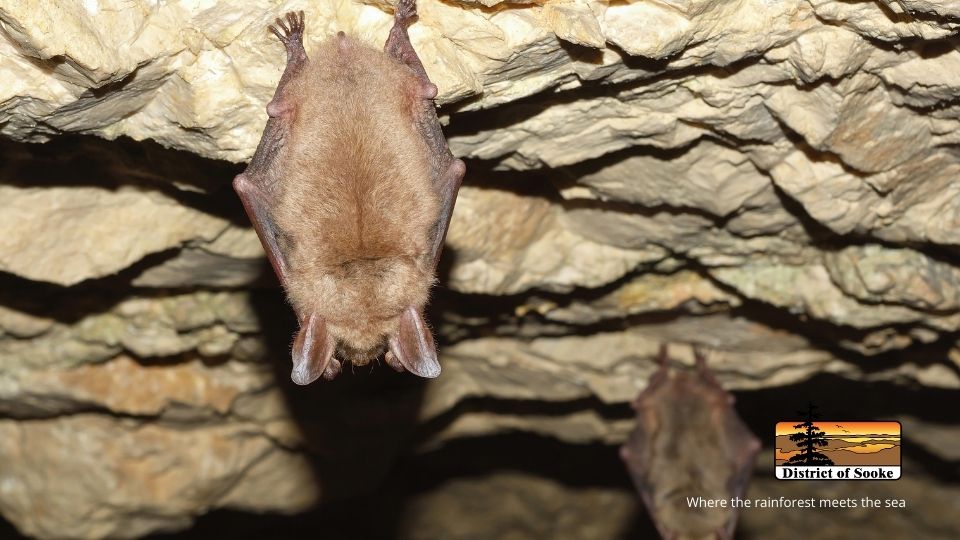 The District of Sooke has the only known occurrence of the Nevada marsh fern in Canada and is red-listed by the BC CDC.  An additional four blue-listed plant species occur within the District. 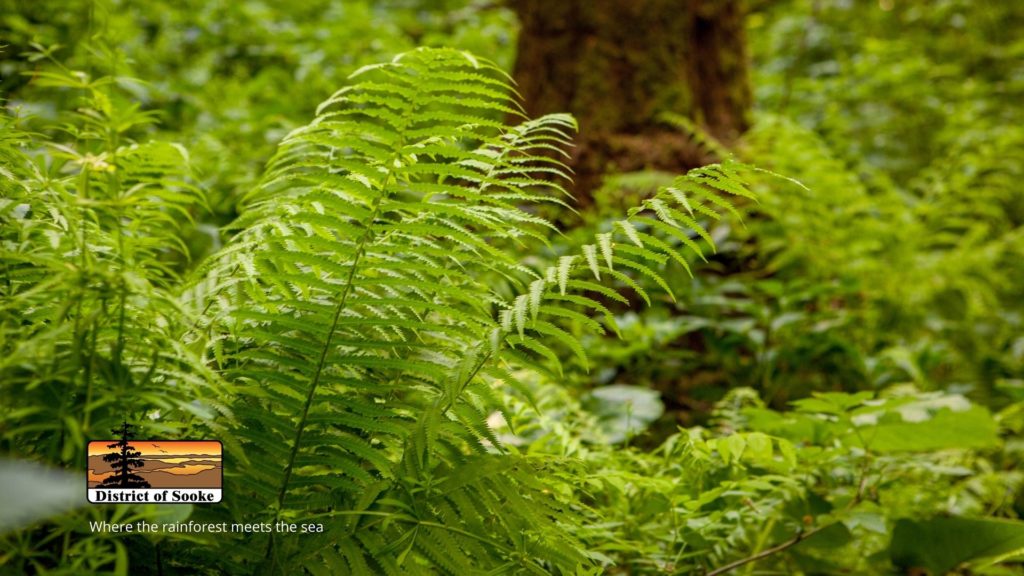 Great blue herons, listed as Special Concern by COSEWIC, are also known to use habitat within the District of Sooke. No up-to-date information is available on nesting and roosting sites for the area. Human activity near heron colonies poses the largest threat to this subspecies (COSEWIC 2008). 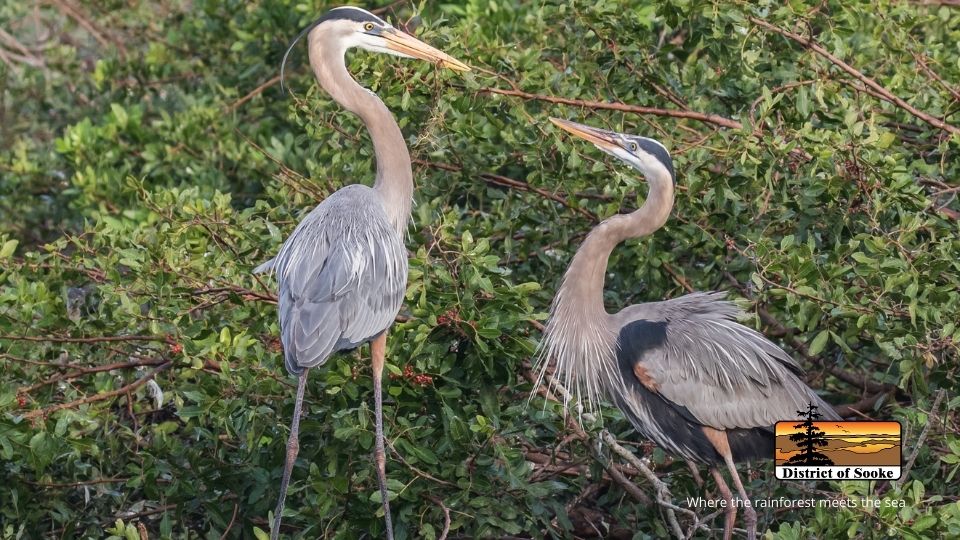 In 2005, bald eagles nested at three locations (two additional inactive nests) within the District. Four chicks fledged from these nests. Habitat loss and degradation as well as shooting the animal for their feathers are considered key threats to this species. This species is not listed by the BC CDC or by COSEWIC. 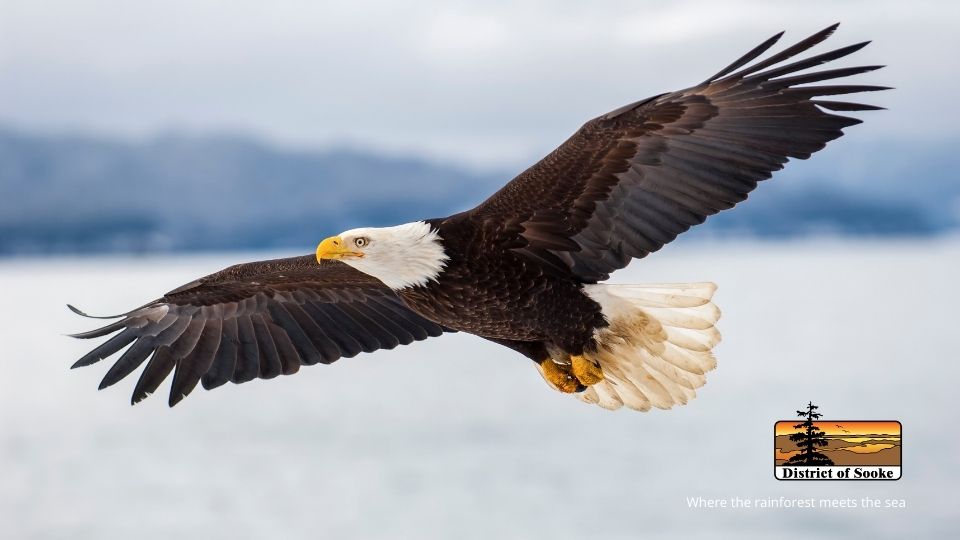 “Free-roaming pets are at risk of predation when not secured on a leash, in a catio or in your home. Animals like eagles, wolves, cougars and bears may flock to an area with an abundance of free-roaming pets. This can of course be very dangerous for your pet AND for nearby livestock and community members.

Predators who are lured in by pets often pay the price with their life. It is easy to prevent loss of life by keeping your pets safely secured. Unsecured pets are a leading cause of death to birds and small mammals. Unfortunately adding bells to their collars is not a sufficient warning method as animals do not associate the sound of bells with a predatory threat. It’s a dangerous world out there for your pet. Fights with other cats or raccoons can be brutal and lead to injuries, infection, loss of limb/eyes/tail not to mention pain and suffering. You can help keep everyone safe by keeping your pets secured. Catios are the safest option for outdoor-loving cats, local wildlife and our community as a whole” (Wildwise Facebook page) 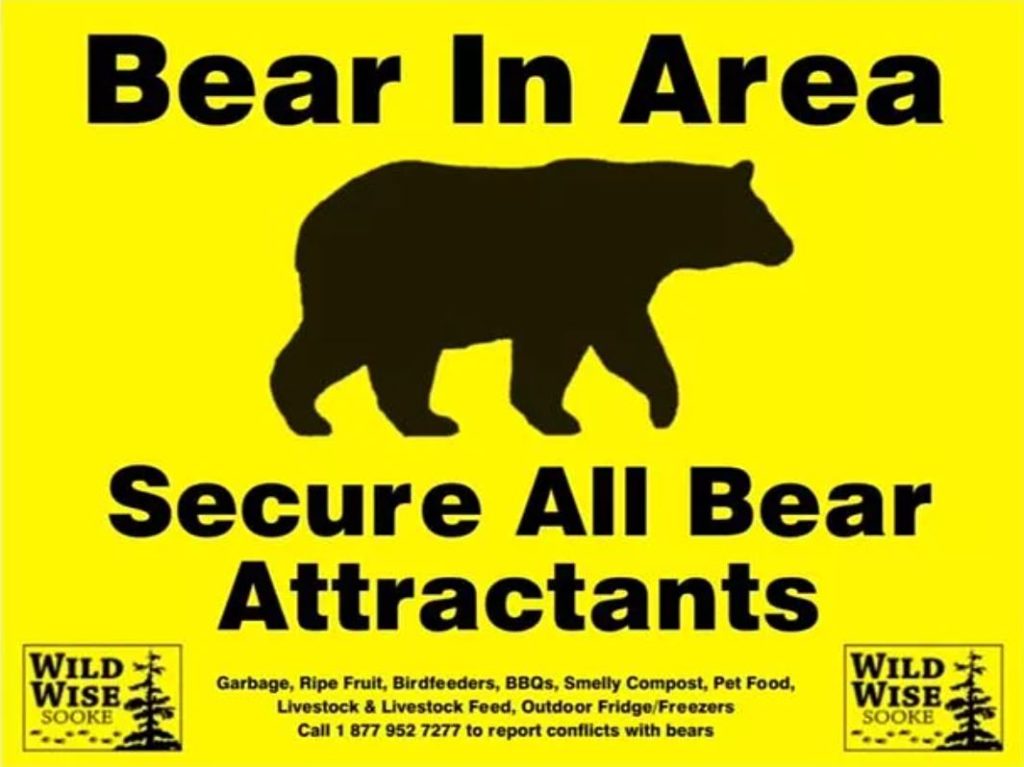 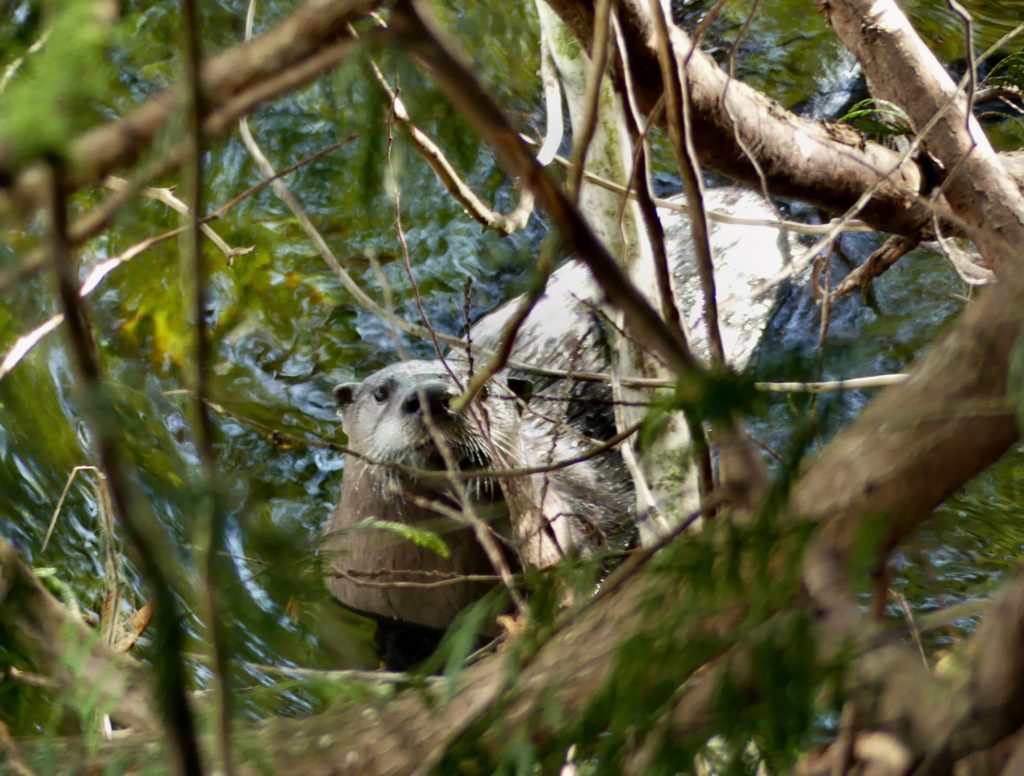 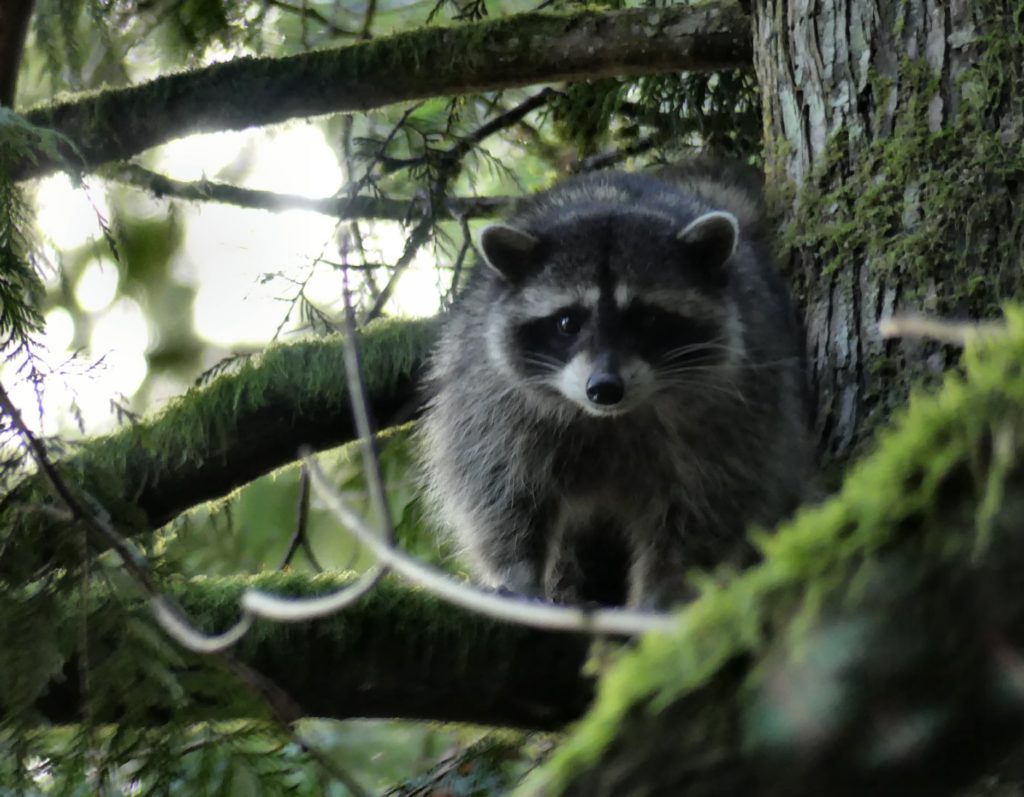