The Wounded Warrior Run BC was created by two service members eager to do something to help in reaction to a rash of suicides in the Canadian Armed Forces. The two men put to action their combined love for endurance running and need to bring awareness to the help that exists for Operational Stress Injuries. They set out on a mission to run the length of Vancouver Island with a team of four and raise funds and awareness for Wounded Warriors Canada.

The team has since evolved and the distance covered has grown, but the mission remains the same. Each year a small team is gathered to represent our Veterans, First Responders and their families to run relay-style from Port Hardy to Victoria in the challenging month of February. The team will cover the distance and meet with communities in just eight consecutive days.

In addition to the main event, the team will participate in a One-Day Run from Sooke to Sidney on Sunday, February 6th, 2022.

Those wishing to make a donation to the cause can do so online. 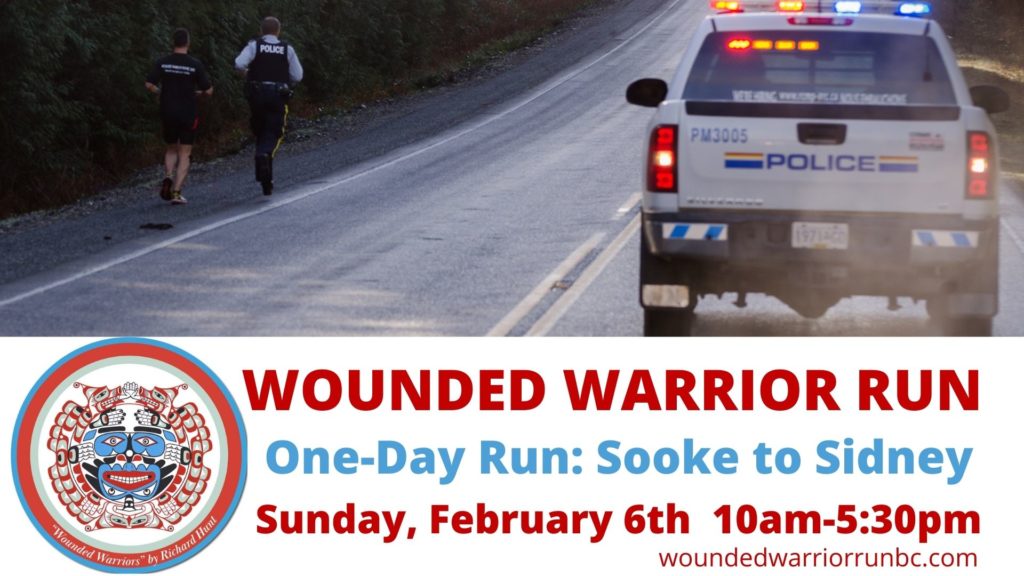