The District flags are flying at flag at half-mast in honour of Fred Shambrook, who passed away on December 29th. Among many other strong ties and contributions to the community, Fred was a former Deputy Chief with the Sooke Fire Dept. With gratitude for all that Fred offered to strengthen the quality of life in Sooke – and beyond. The flags will remain at half-mast until sunset on Friday, January 10th. The District offers sincere condolences to friends and family. 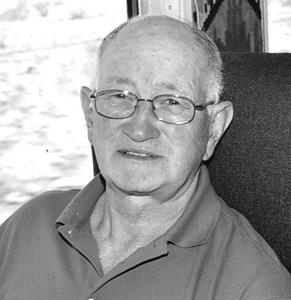 SHAMBROOK, Fred December 29, 1939 – December 29, 2019 Fred passed away peacefully with his family by his side on December 29th, 2019 at the age of 80. He is survived by his loving wife Pat of 57 years; his children Sheila (Graeme), Russell (Kelly), Lorna (Kelsey); grandchildren Sarah, Alysha, Jodi; brother Ron (Eleanor); sisters Margaret (Earl), Edith, Pat (Tom), and Linda (Ritchie). He is predeceased by his brother George, sisters Dorothy, Mary, and great-grandson Jesse. Born and raised along with his eight siblings in Sooke, Fred has strong ties to the community. He worked for the Department of Highways and was responsible for the roads from Sooke to Port Renfrew for 35 years. Fred volunteered with the Sooke Fire Department as a firefighter and ambulance driver for 28 years. He also coached youth baseball and hockey as well as helped establish the Sooke Horseshoe Club. A Celebration of Life will be held at Sands Funeral Chapel (317 Goldstream Ave, Colwood) at 1pm on Friday, January 10th, 2020. In lieu of flowers, consider a donation to your favorite charity of choice.